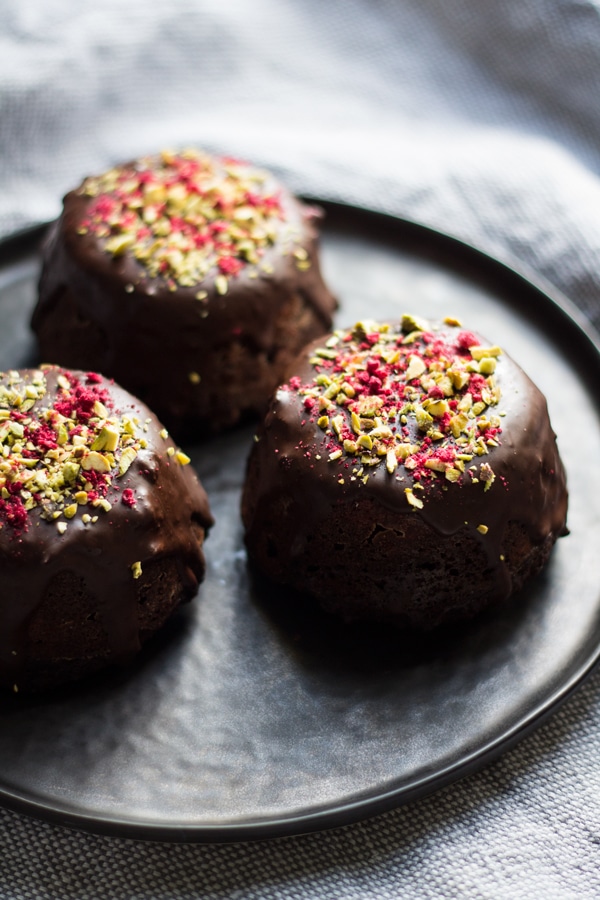 If Red Velvet Cake had a healthy cousin, this would be her. She’s red, she’s sweet, she’s chocolatey just like her cousin but instead of being super sweet and full of food colouring she’s earthy, delicately sweet and full of dark, good for you, chocolate. Don’t get me wrong, Red Velvet Cake has a space in my heart, I love it, but sometimes you need a treat that not only tastes delicious and satisfies your sweet craving, but is actually, dare I say it, good for you. Yes, say hello to cousin Chocolate and Beetroot Cake. She’s refined sugar free, she’s gluten free, she’s dairy free and she’s delicious and oh so pretty sprinkled with pistachios and tangy raspberries (not quite sure why I’ve decided she’s a she, but I’m running with it). 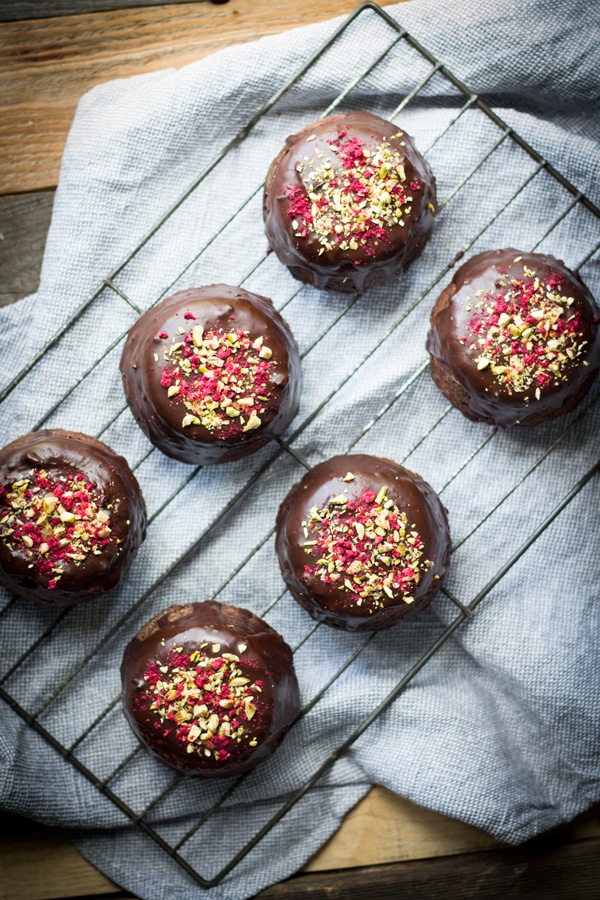 My son loves, scratch that, my son is addicted to chocolate. Just like his Dad (it’s genetic Daddy claims) he can’t get enough of the good stuff. My son’s been that way ever since he was born I’m sure, although he only got his first taste at eight months (I know, so young), much to my despair. I had some chocolates in a drawer in the coffee table, nothing fancy, just little Reese cups and little George had just learnt to open it. He was being very very quite – not a good sign with children, it’s always too good to be true so it’s a good sign they are up to some form of mischief. Sure enough I look in his mouth and he’s got one in there, metal wrapping and all. I whip it away and the child acts like a drug addict who has just had his fix stolen from him! There were tears. There was yelling. I think it might have been his first toddler tantrum – wonderful milestone. Anyway, he has been hooked ever since. Now lets talk about vegetables…

My husband is not addicted to vegetables. My son is not addicted to them. Again my husband insists this is genetic even quoting some research that claims that a certain gene will make vegetables taste bitter to those with it. Jury’s out. So not only is my Chocolate and Beetroot Cake delicious it also is a perfect way to sneak a few veggies into my family’s diet. It’s not the reason I put beetroot in it and it’s not the reason I would make it, but it certainly is an added bonus! 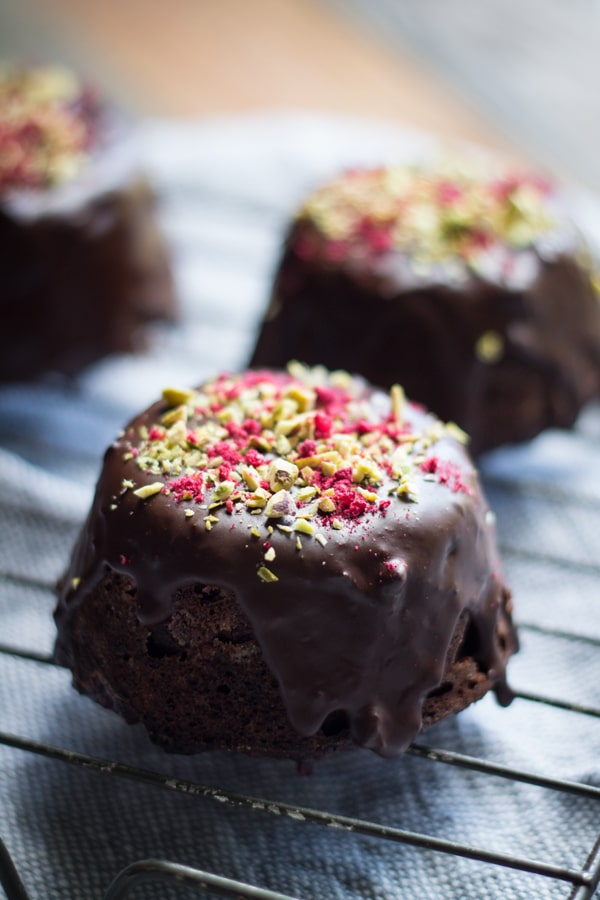 If you’re feeling a little sceptical about the beetroot, don’t worry or fear. Think of it like a carrot cake or a chocolate and zucchini cake. Beetroot is so sweet it just adds a lovely sweetness, moistness and earthy flavour to the cake that compliments the dark chocolate. If you’ve never tried it before or even if you’re not a fan of beetroot I think you will be pleasantly surprised.

P.S. You may have a little left over chocolate glaze but this is actually the perfect homemade ‘Chocolate Ice Magic’. Just pour over cold ice cream and watch it harden. Kids love it and it doesn’t have all the sugar and other nasties that the store bought stuff has. 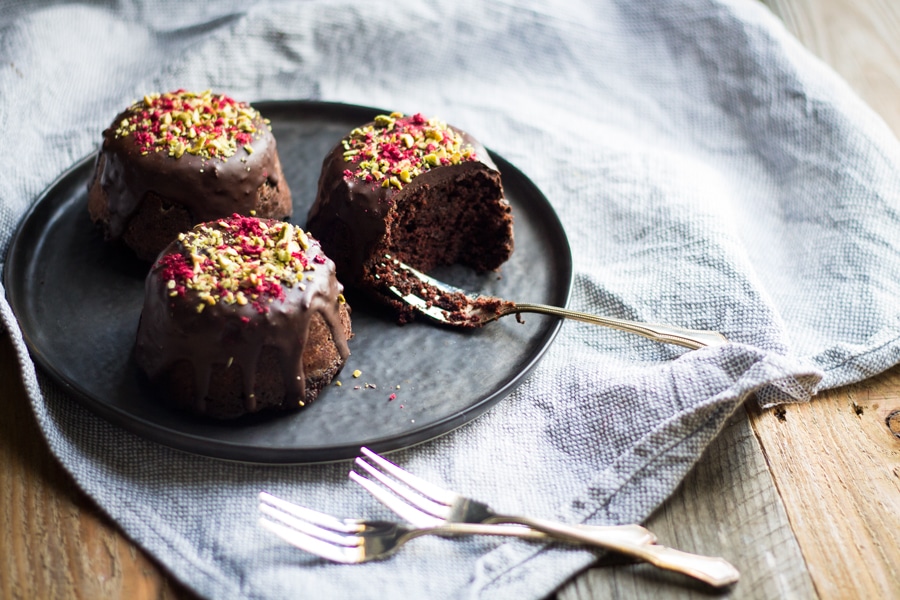 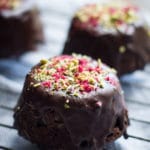 To cook the beetroot preheat oven to 180C/350F. Wash and top and tail the beetroot. Place on a piece of aluminium foil and fold half the aluminium foil over the beetroot and seal to create a pouch. Place in the oven and bake for 1 hour. Remove, allow to cool enough to handle then using a butter knife, scrape off the skin. You may want to wear plastic gloves for this if you don't want your hands to turn pink. Place beetroot in a blender or processor and puree.