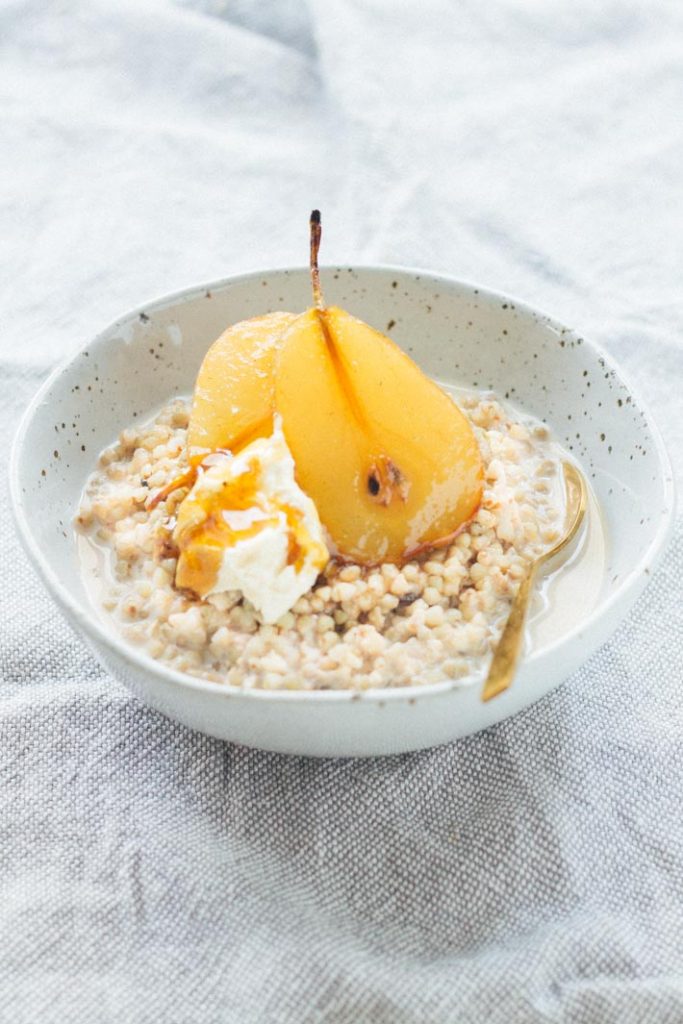 I’m on a bit of a buckwheat buzz this week! Fluffy buckwheat pancakes on Thursday now buckwheat porridge today. It’s a complete coincidence but it’s a good thing because it turns out this little thing called buckwheat not only tastes awesome it’s pretty darn good for you too. 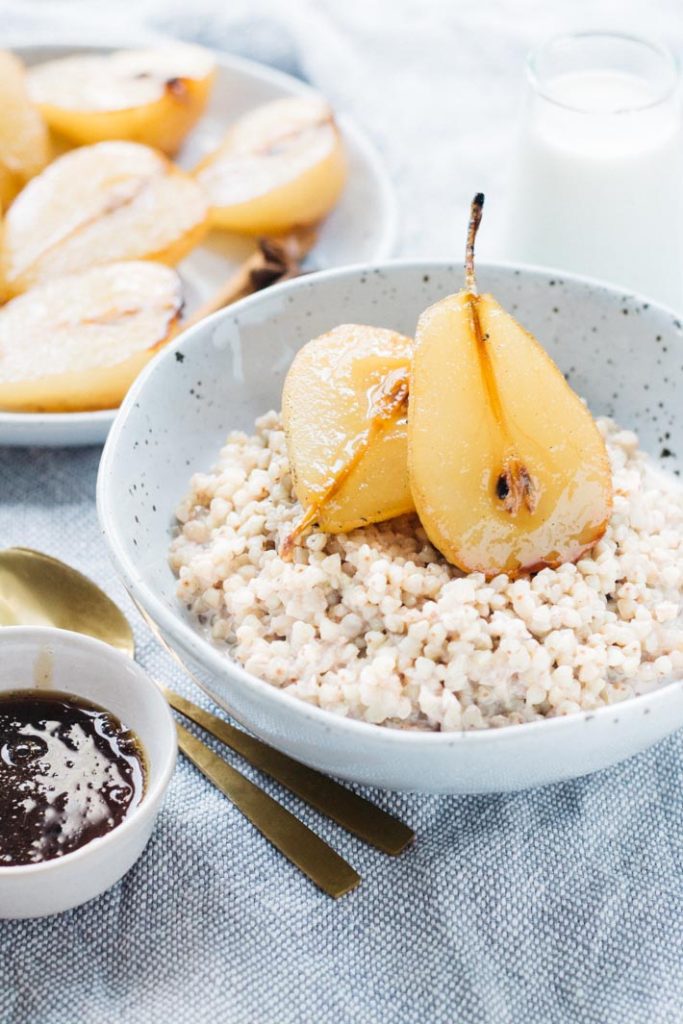 Despite it’s name buckwheat isn’t actually made from wheat, it’s technically a grain from a plant that’s related to rhubarb. It’s high in protein, soluble fibre and antioxidants, is a good source of magnesium, has a lower glycemic index than regular wheat flour and is gluten-free.

As a massive worry-wort (yes, global warming keeps me up at night) this is the part I love. I was reading Sarah Wilson’s Simplicious and learned these little gems that made me love buckwheat even more. Buckwheat is often grown as a rotation crop to prime the soil for growing other grains. It is relatively fast to cook so it uses less electricity. Then here’s the best bit that helps me sleep at night. Buckwheat can often be used in similar dishes to quinoa and should be because since quinoa has surged in popularity in recent years in the West it has left traditional communities in South American (where it’s originally from) starving due to the increase in cost of this staple food. I’m not saying no to quinoa, I’m just saying that having a little more buckwheat in our diet is a good thing. High fives to buckwheat!

What is the difference between groats and kasha?

Groats are the uncooked seeds that are green in colour and you would cook much the same as quinoa and rice. They are also very popular in raw food. Kasha are toasted buckwheat groats that are brown in colour. They are commonly used in Russian cooking. I’ve always used raw groats for my porridge so that’s what we’re going with today! 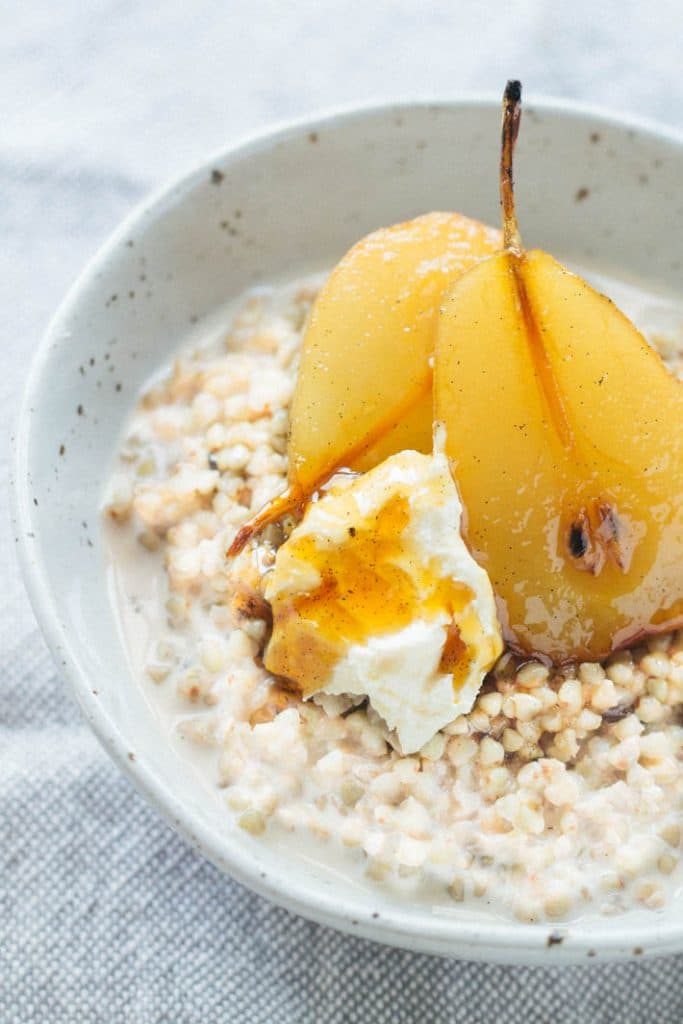 I love porridge for breakfast and in the winter swap my summer cereal for warm and comforting porridge. Oatmeal porridge, quinoa porridge, rice pudding and my current favourite buckwheat porridge. Why is it my fav? It’s nutty, it’s chewy and the best bit, it’s got a delicious caramel-y flavour. You do need to soak your buckwheat first to make it easier to cook and digest, but that’s easy you can do that overnight. Then make sure you toast the groats in a dry pan before adding the milk to make them all toasty and caramel-y.

What do I also love in the morning? Milky tea. So maybe I may have been spending too much time with my two year old because what do you do with two things you love to eat? Smoooosh them together! Guess what? I smooshed and it worked. Chai Spiced Buckwheat Porridge is delicious. The porridge becomes delicately spiced with fragrant milky tea. I don’t add any added sugar, but you can always drizzle over some maple syrup if you desire, because instead I roast some pears in maple syrup, vanilla and a hint of orange and top my porridge with these. They add just the right amount of sweetness and fragrance. 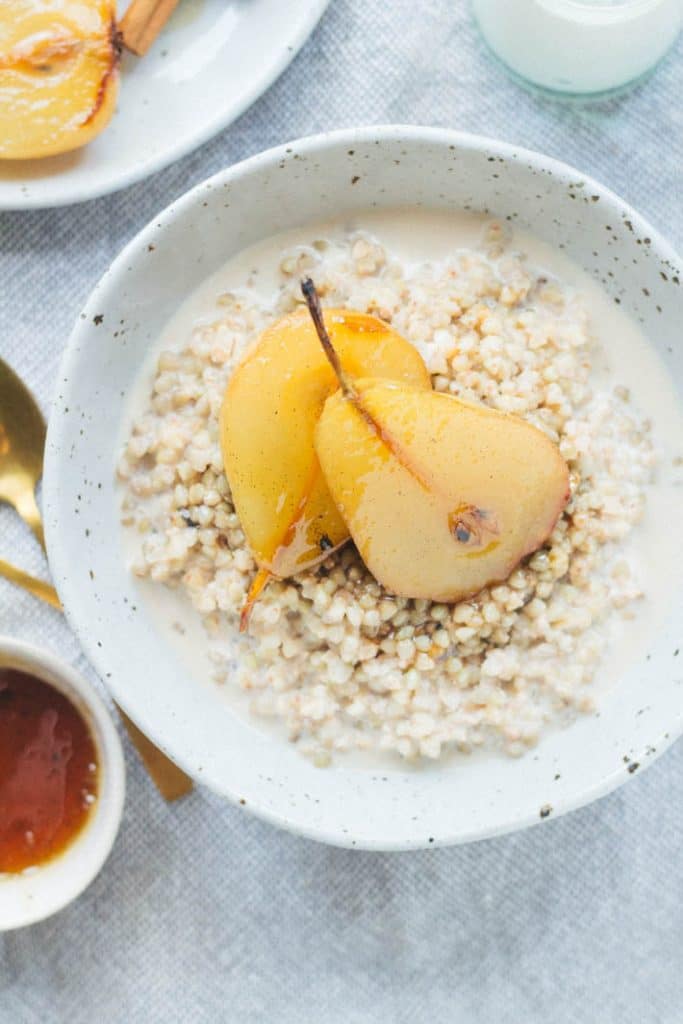 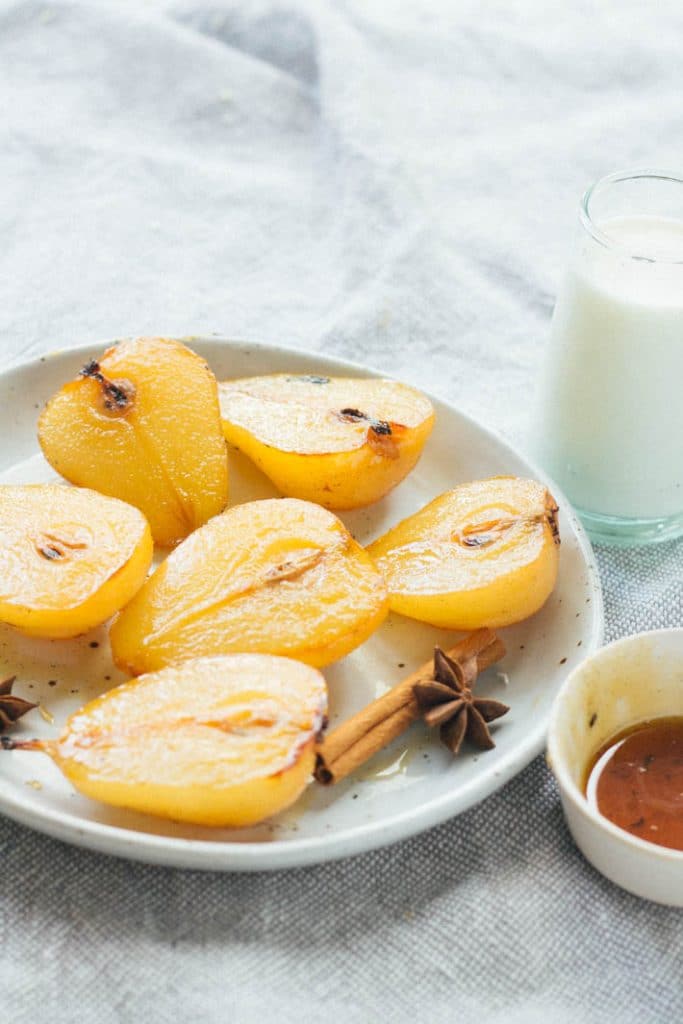 You’re thinking this is too much work for a weekday right? Well, make your pears and porridge the night before and just reheat the pears the next day (you may need to thin the syrup with a little water) and cook the porridge.

Healthy, comforting, warming and delicious! Who doesn’t love a buckwheat buzz (promise next post I’ll mix it up though). 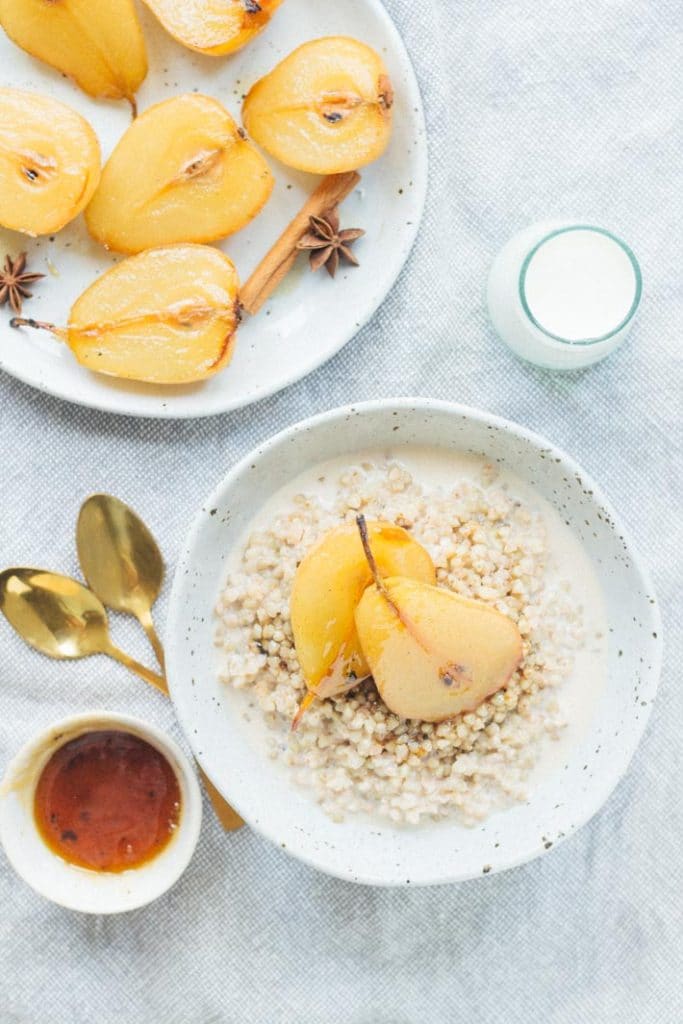 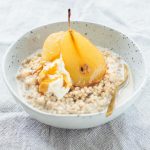 For the buckwheat, the night before:

The night before, or the next morning make the pears:

The next morning, make the chai tea: 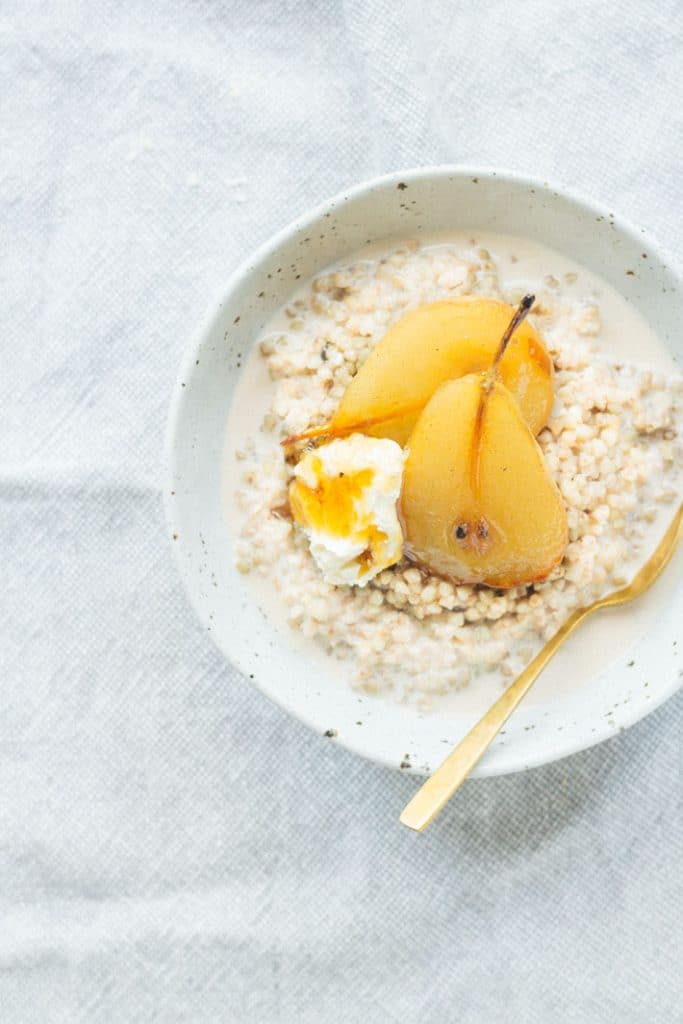 If you make this, I would love to see! Tag your photo with #mylittlelarder on Instagram or Facebook or leave a comment and some stars below!

If you’re looking for some other delicious BREAKFAST ideas from My Little Larder then you may like: