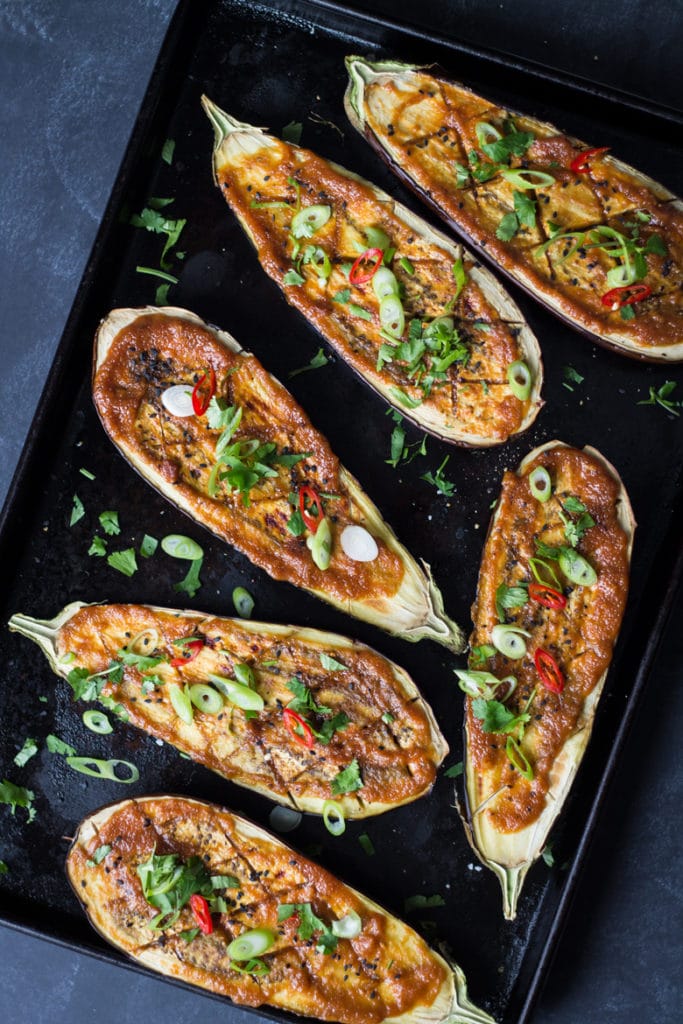 Did someone say miso? Me so love miso! Hehehe. Yes, I know, that was a terrible joke. Jokes have never been my forte.

It’s true though, I do love miso! I can’t get enough of this addictive umami, salty flavour. If there is anything miso on the menu then I just have to have it. As you can imagine I’m quite happy at any Japanese or Korean restaurant. For my last wedding anniversary my husband and I went to this amazing Japanese restaurant called Masu in Auckland, New Zealand. It was some of the best Japanese food I have ever had and my husband even puts it in his top five meals ever. How he is a changed man! When my husband and I first met he just hated Japanese food. Shortly after we first started dating we went to a Japanese restaurant on a date. I can’t remember how I actually got him there, possibly he hadn’t told me he hated Japanese yet or possibly he was just being really polite…like I said, he’s a changed man! Jokes. Anyway I enjoyed a lovely meal on this date, thought everything went swimmingly and genuinely thought he had a great time too. Well…years later the truth came out! He tells me that it was horrible, he could barely swallow the food and likes to add what a wonderful boyfriend he was to take me there despite his hate for the food. I’m not sure it quite works like that darling husband. Now guess who loves Japanese food, so much so that he’s planning to take a trip there in a few years time? Yes, he’s a changed man. 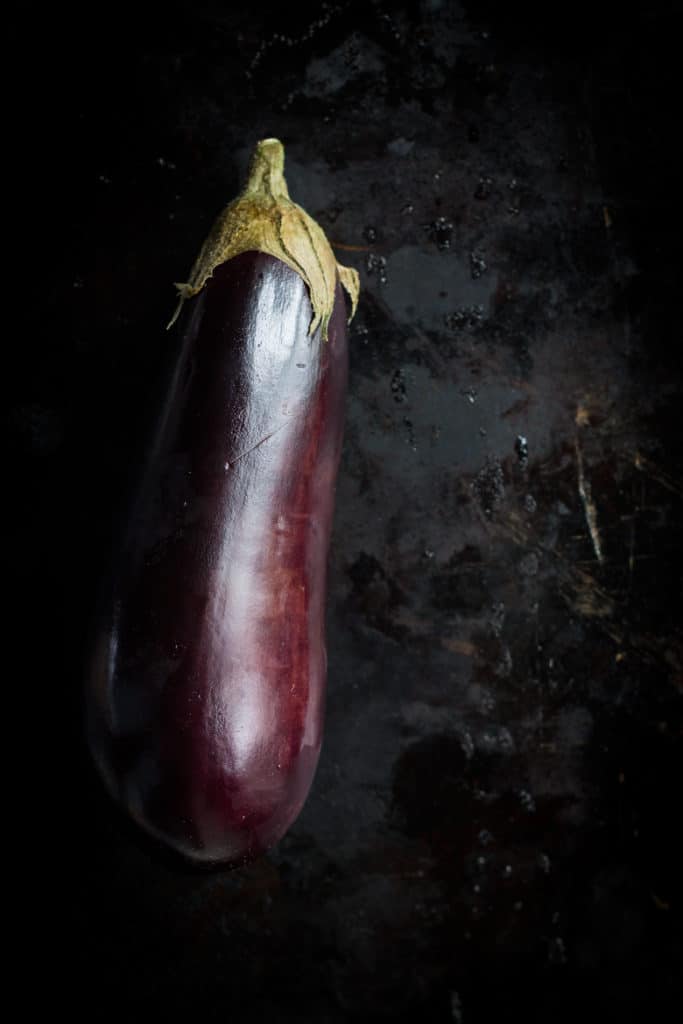 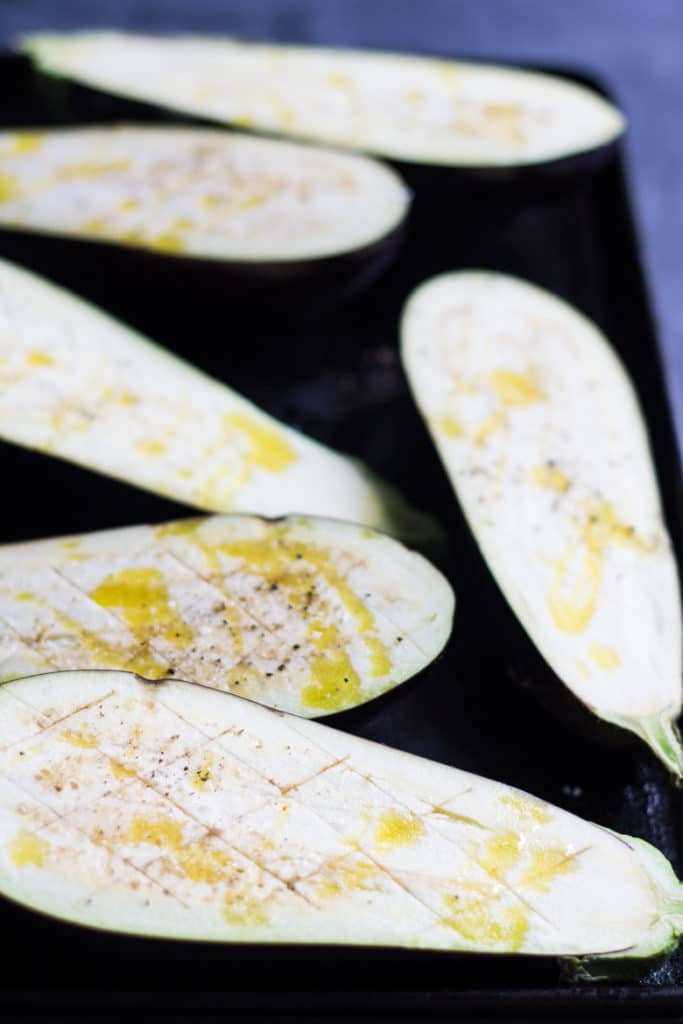 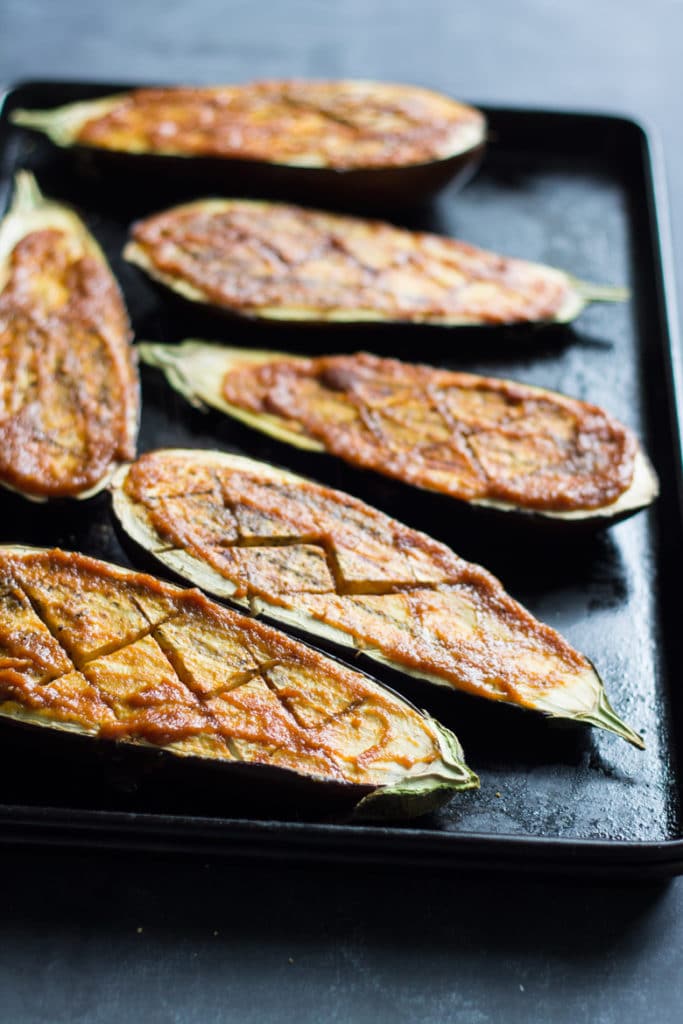 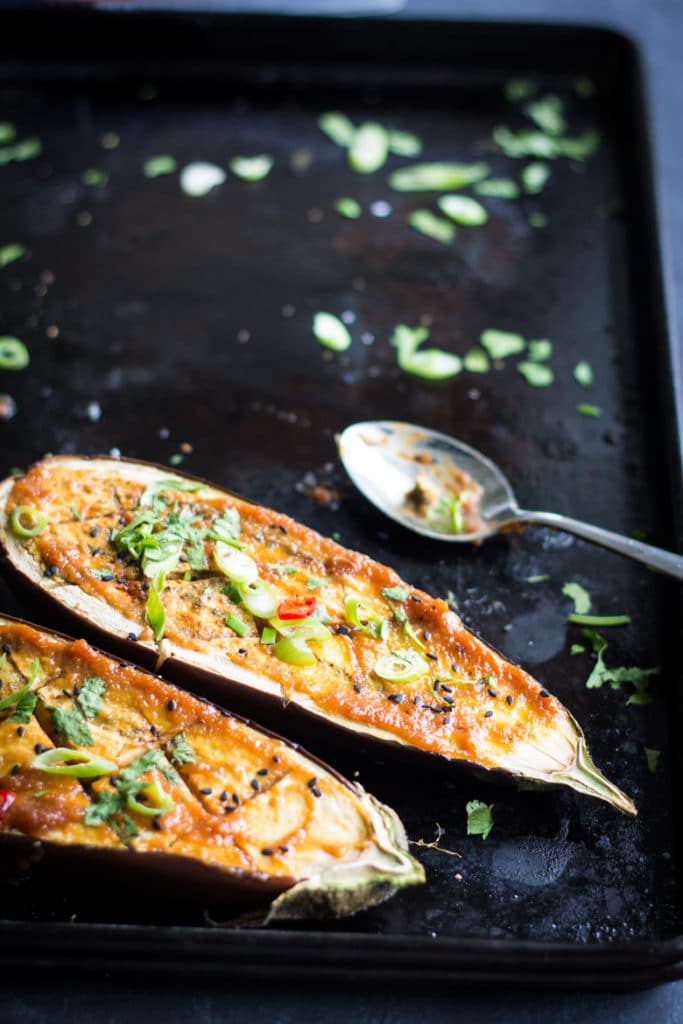 When we went to Masu I had the most amazing miso glazed eggplant – the eggplant was so soft and almost creamy and the glaze was sticky, umami and salty. This week at the market eggplants were very cheap so I picked some up and decided to try to recreate this recipe. I suspect that the eggplant at Masu was deep fried and although deep frying makes things taste pretty darn good it wasn’t really practical for me at home (and I’m guessing for all of you too unless you have a deep fryer lying around in your kitchen). So these are baked but still come out creamy and have the delicious sticky miso glaze. I also suspect that the Masu ones were finished on a charcoal grill. I’ve cooked mine completed in the oven, but if you’ve got a charcoal BBQ then these would taste A.M.A.Z.I.N.G. finished off over the coals. Serve this alongside a piece of grilled fish or chicken and you have yourself a super quick and definitely delicious dinner. 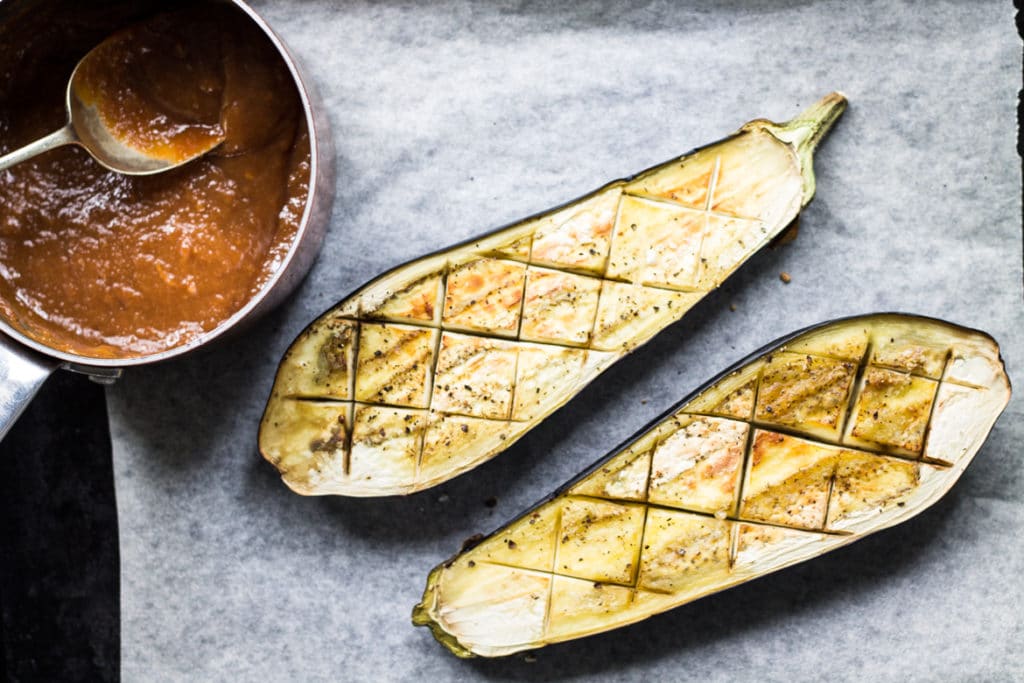 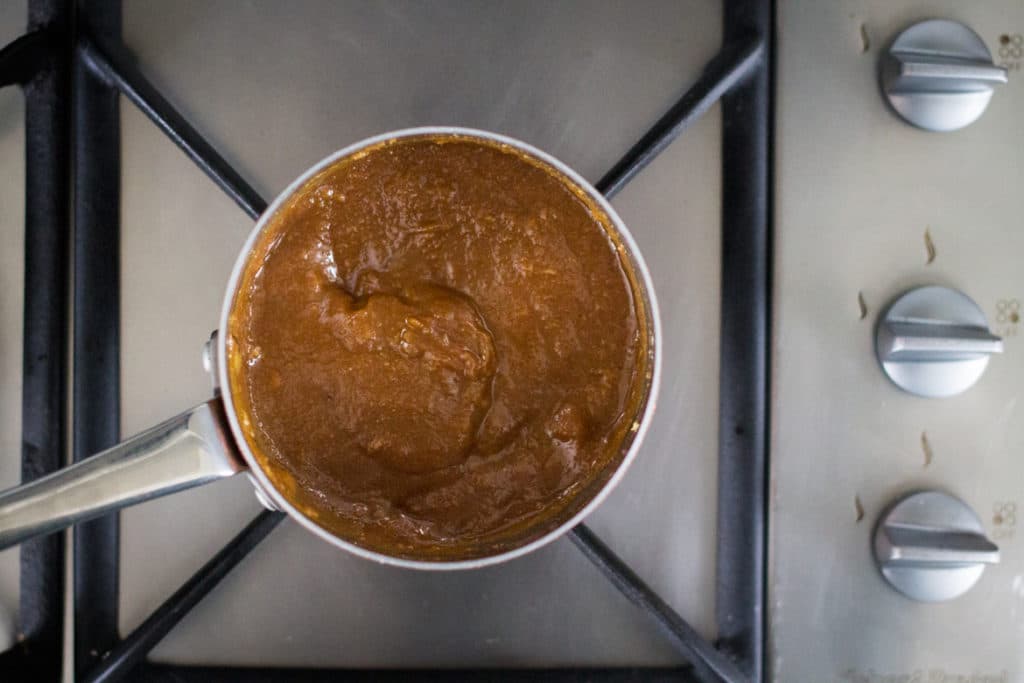 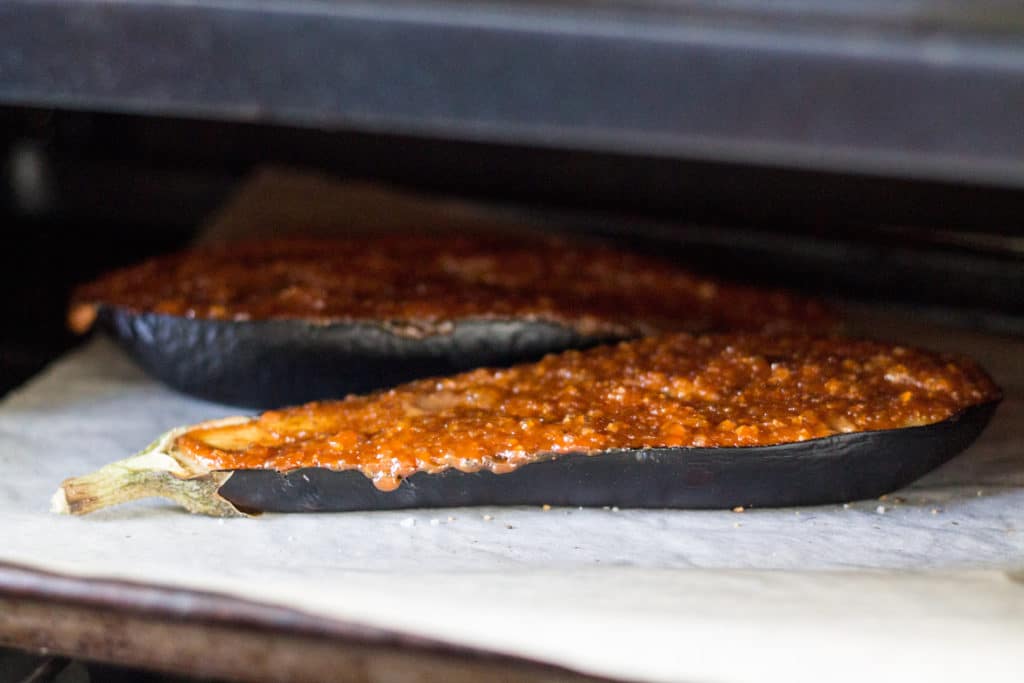 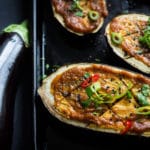 Mirin is a Japanese sugary rice wine similar to sake. I used the shio mirin which has less than 1.5% alcohol and is burned off during cooking. You can easily find this at your local supermarket in the international foods section. If you can’t find mirin then substitute with 2 Tbsp cup white wine, dry vermouth or dry sherry and 1 tsp caster sugar. 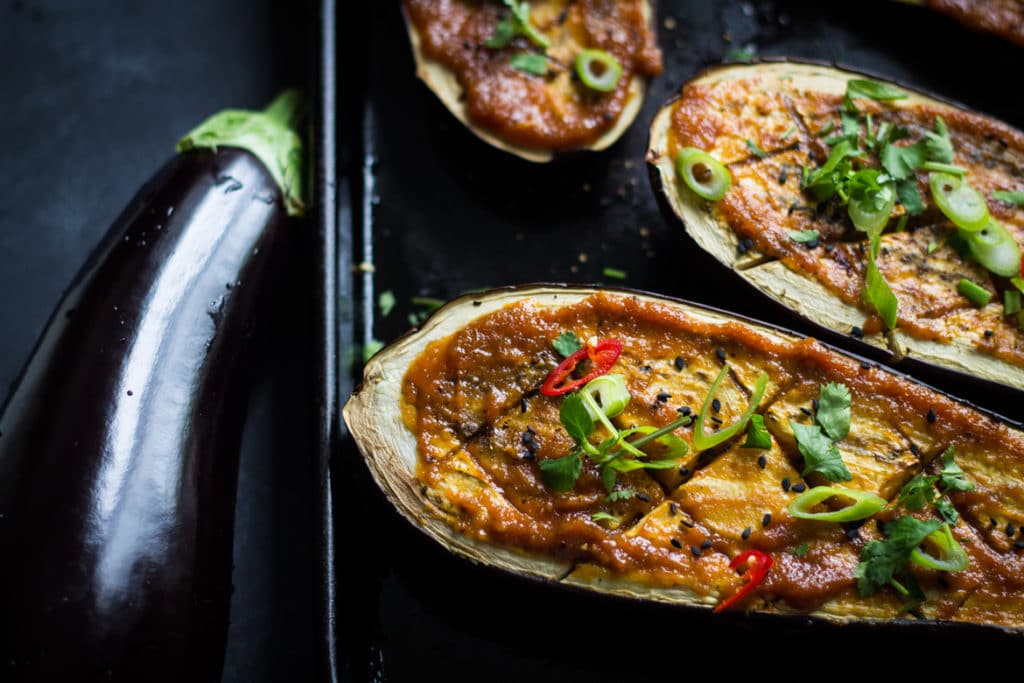