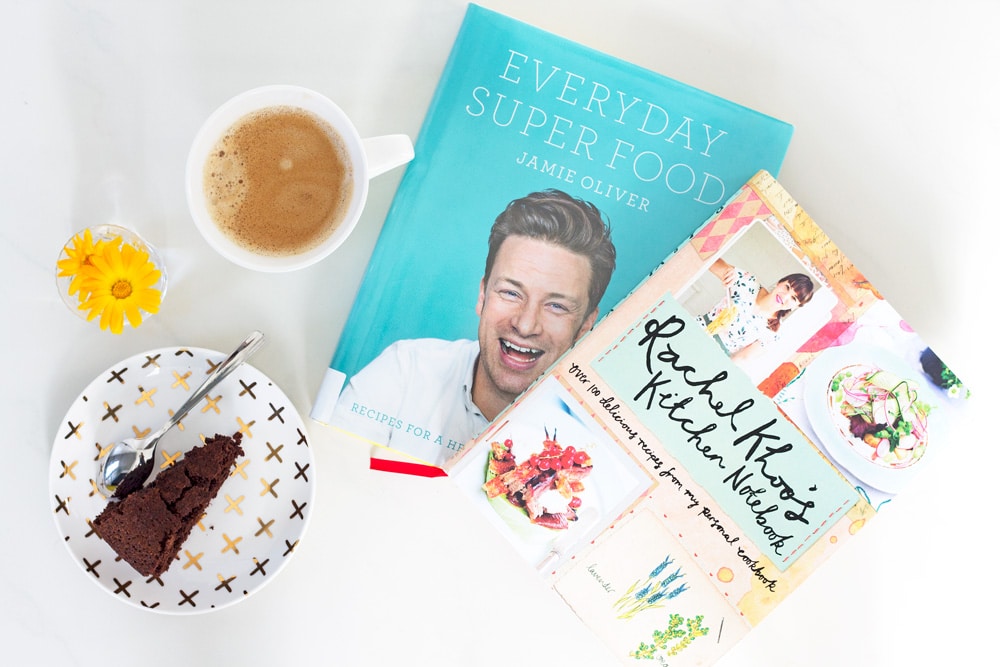 Occasionally I will go on a super health kick and start readying nutritious and healthy cookbooks but as much as I crave the food in them and want to make the beautiful recipes far too often they are overly complicated and demand hard to find ingredients that are just far too expensive. This is not the case for Everyday Super Food. Jamie Oliver and his team have created nutrient packed, healthy recipes that are actually relatively simple to make and contain almost all everyday ingredients, bar the occasional chia seed and quinoa grain (which are becoming pretty mainstream and can be found at most supermarkets these days anyway).

Kale, raw cabbage and spelt spaghetti do make the occasional appearance but as always with Jamie Oliver he has created colourful, flavour-packed recipes that people actually want to eat, think Sizzling Moroccan Prawns with Fluffy Couscous and Rainbow Salsa or Seared Tuna with Sicilian Couscous. My husband, who is a firm processed meat fan and anti-cauliflower and broccoli kind of guy even loves the Skinny Carbonara with Smoky Bacon, Peas, Almonds and Basil and the Asian Crispy Beef with Rice Noodles and Loadsa Salad.

One aspect of this book that really appealed to the inner-geek in me was the nutrition section at the back of the book which delves into some easy to read information on nutrition. I originally borrowed this book from the library, but with so many easy to make, everyday recipes that are good for my family in one book I will definitely be adding this to my cookbook collection.

and My Little French Kitchen: Over 100 Recipes from the Mountains, Market Squares, and Shores of France

). In Rachel Khoo’s Kitchen Notebook she deviates from her usual French cooking and shows us some of her favourite home cooking recipes and some gorgeous little water colour paintings she has done. The book is filled with recipes that can’t be described any other way than pretty, especially her Rhubarb and Custard Millefeuilles and Pistachio and Pomegranate Cake. There are also some rather creative and quirky recipes such as her Edible Forest Floor which is a chocolatey dessert that looks like little mushrooms popping out of the ground, but despite this innovation the recipes have not become too clever and are still appealing and achievable for the home cook. I haven’t made as many recipes from this book as I would like purely due to having a little baby in my hands most of the time for the last year, but once I have a little more time to myself in the weekend I’ll be diving into this book with Seafood Paella Nests next on my list.